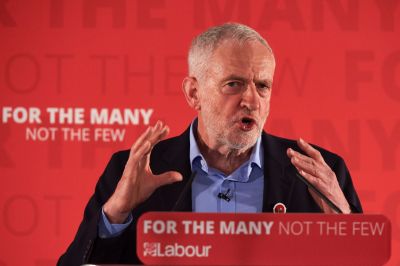 With every line on his face carved by a 34 year struggle for fairness and social justice, Jeremy Corbyn today delivered a speech that many feel transformed him from party leader to Prime Minister in-waiting. It was a masterful portrait of a Tory Britain that, as he passionately declared, is holding back the potential of the British people.

Few could argue he hadn’t captured the essence of a Conservative government that rules in the interests of the privileged. They are happy to carve out a Brexit for the few, to surrender our public services, he said, because they have a “get out of jail free card.”

Theresa May can slash and burn schools and hospitals, feed the greed of the super rich and watch as our infrastructure crumbles, because the people she serves will never pay the price. That is left to the rest of us.

To loud applause he called time on the housing crisis, under-funding of healthcare and a population weighed down by mountainous debt. With calm determination he set out an alternative future for all of us; one in which the aspirations of all people are heard by a government that would “bend over backwards to unleash their potential.”

His was a message aimed directly at the young, who will inherit the society Labour wants to build, and an appeal for them to claim their future by registering to vote. It will echo across the generations and resonate with their parents too. People like me, angry that my children have to borrow to achieve a university education; money they’ll spend the best years of their lives paying back, will be lifted up by his words.

I want my family to live in safety and security. I want them to grow old in a society that guarantees them and me dignity. I don’t want to see people sleeping rough, while houses lie empty and I deplore working people having to depend on charity to eat. Jeremy doesn’t need to draw out the fault lines for me. I see them every day.

Perhaps there are some though who have been distracted. Their gaze diverted and their attention fixated on minutia and matters only of interest to the chattering classes. For too long we’ve been fed an unremitting diet of analysis that only focuses on the editorial pot-of-gold they call “electability.” 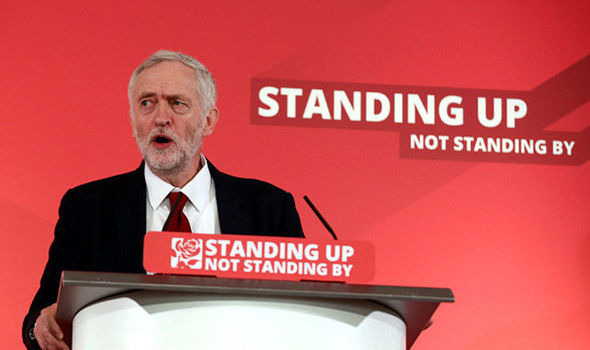 It matters not what the message is. When you can paint a man, or a woman, as unelectable there is no need for further analysis. This is another of the Tory Party’s get out of jail free cards, ripped up by Corbyn today, as he pledged never to bow to a hostile media and an establishment that stifles free thought.

In truth, this is a man who has never doffed his cap to the powerful. Corbyn spoke of his decades long struggle against injustice. A career of resistance that had seen him arrested for protesting against the racist Apartheid regime in South Africa and in court for refusing to pay the hated poll-tax.

I’ve always believed that, if you want to know how someone will behave in the future, it’s useful to gaze into their past. If you want a Prime Minister who will stand by your side and fight tooth and nail for you, then you could only be heartened at the sight of a man who has stood shoulder to shoulder with the likes of firefighters and junior doctors his whole life.

His is an epic journey from Trade Union organiser to Labour Councillor and from the backbenches of Parliament to leader of a movement of more than half a million people and growing. Today he finds himself in a position he didn’t ask for and few, himself included, thought he could ever secure.

His rise to prominence and passionate defence of the weak and the disadvantage has seen him vilified and abused, both personally and politically. In all of that he has never wavered, not even for a moment. His principles and values remain as strong today as they were more than forty years ago. Is this not the very definition of strong and stable leadership?

Jeremy Corbyn has spent decades observing others squander the immense opportunity presented to them by the privilege of leadership. He spoke of how weak leaders seek to bolster their position by asking us to give them more power. Is there a more accurate description of Theresa May’s appeal to the British electorate over Brexit?

Here is a Tory leader, so lacking a backbone, she has run from Corbyn and the electorate. How will she negotiate with Europe? Have no doubt May will surrender all of our rights in negotiations, if she is given a mandate on June 8th.

By contrast Corbyn painted a compelling portrait of the Prime Minister and leader he wanted to be. It could not be more different than anything that has gone before. His life, his mission has taught him that there is strength in collectivism. He will be a leader who creates the space for others to challenge and create.

Corbyn spoke of his respect for criticism, even of his own leadership, because he wanted to resist the “presidential bunker mentality” of the May government. He would be a Prime Minister of a Labour government of and for the many, not the few.

As I write this I am conscious that it is laden with emotion. I have deleted and then retyped sentences, striving to be more analytical, objective and unbiased. But why should I be. I have tears in my eyes as I pen this, precisely because I am moved by the vision set out today by Jeremy Corbyn for the country and for the style of leadership he offers us.

Two years ago today, the humble man from Islington’s epic journey took an unexpected turn. Like all hero’s journeys there has been adventure and intrigue along the way. He has stumbled, but never fallen and he has always had his eyes fixed squarely on the goal of a more just and equal society.

Has it been smooth and easy? Emphatically no! But, to paraphrase a great teller of epic journeys, J.R.R. Tolkien, it’s not an adventure worth having, if there aren’t a few dragons to slay along the way.

All I ask is that you peer through the veil the media has placed over your eyes. Listen to the man, hear the vision. If you are as inspired as I am, then register, share the message with your friends and vote Labour on the 8th June.