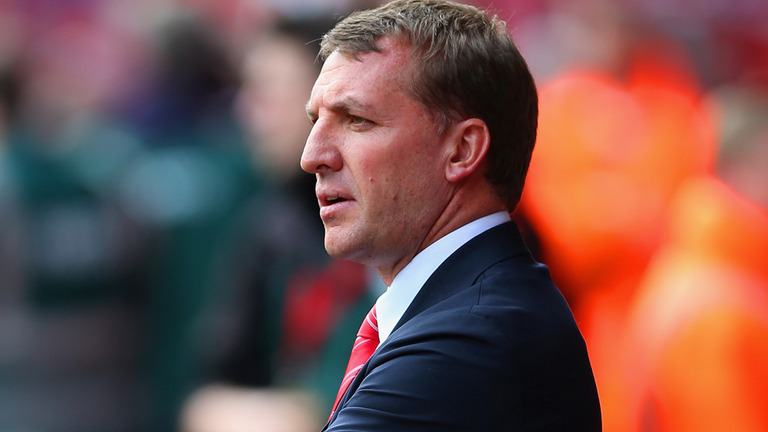 This article was first published by me on http://www.thisisanfield.com

Liverpool and Brendan Rodgers may have ended the season trophy-less, but they are surely now the darlings of the English media, and the toast of the professional game.

Players and manager alike have swept the board at the end of season awards ceremonies. Their achievements have also been recognised by a mass call up to the national team. It’s a remarkable turnaround in just a few short years.

So as the embers of a great season flicker out, it’s natural for Reds to think about where we are, and what might have been. Most of us will try not to think too much about the latter. It’s heartbreaking.

I’ve read many a blog or article over the last week or so that have correctly highlighted the miraculous achievement of going from seventh to second in one season. For this our manager deserves all the accolades that come his way. However, for me Brendan Rodgers deserves as much praise for the renaissance in the clubs off the field image as he does for his triumphs on it.

Think back to the Carling Cup Final against Cardiff in 2012. Back then we shared the title of most hated team in the country, alongside Chelsea. Newspapers claimed the whole country would be supporting Cardiff.

Some of this may have been self inflicted. David Moores’ disastrous decision to sell the club to a couple of con artists from the States, transformed the club from Kings of Europe, and domestic title challengers to the laughing stocks of English football. It could have been far worse, but for a high victory in the capital in 2010.

Then when their successors, FSG dispensed with fleet streets chosen one, only to replace him with a surly Scot who didn’t give a toss what they thought, the knives seemed to be out.

Kenny is as in tune with the Scouse irreverence which borders on contempt for establishment as any Manager we’ve ever had. That’s why we love him and they never could. The Suarez, Evra controversy, coupled with some questionable transfer dealings were like a gift to them. Before long we were looking for our third manager in two years.

It was against this backdrop of an unproven ownership, a squad of deadwood, an eighth place finish, and a hostile media that Brendan took the job. He was replacing a legend, who had been sacked after reaching two cup finals and winning one of them.

He had to completely revamp the playing staff, and the style of football they play, as well as win over a sceptical fan base. The fact Kenny was sacked for not finishing fourth after his first full season suggested Brendan didn’t have much time to achieve all this either. When you think about it ,that’s some set of cojones our boss has.

It’s a mark of the man and the work he has put in, that all that seems like a lifetime ago now. Everything has changed, and I mean everything. There is no more talk of five-year projects. The title is not years away any more, we nearly won the thing this year. Champions League football is back. The squad is unrecognisable, but gloriously the football it plays is once more very familiar.

Then we come to the clubs image. In this era of the ‘Brand,’ corporate sponsorship this has become an important aspect of the managers role at a club. To say that success is about the fine margins has become a cliché now. Nevertheless it is true.

A hostile media, and nervous sponsors can heap unnecessary pressure on a manager, already burdened by expectation. When I look back now over the last couple of seasons, I can’t help but be impressed at the way Brendan has turned all of that around.

Yes he got rid of the flops in the squad, and turned around the ones that could be salvaged. Yes we now play a style of football that has all of Europe drooling. For me though, he deserves as much praise for the way he handles the media, the way he has embraced the clubs history and ethos without wallowing in it.

He restored the red nets, the original This is Anfield sign, and embraced the power of the supporters. He has never seen the clubs history as a millstone, rather as an inspiration to future glory. He brought Kenny back, embraced the ex players, and smooth talked the press core into buying into what he was trying to achieve. He has won allies everywhere in the game.

All of this has given him the freedom to work. It has bought him the time to implement his philosophy. Moreover it has lifted the weight of the red shirt from the players shoulders. This season we all sat back and watched them fly. We have Brendan to thank for that.

For all these reasons there can be no one more deserving of  the LMA Manager of the Year Award. Management is about far more than taking an expensively assembled team from second to first. It’s about hard work and inspiration, leading and maximising the talents of the group, and harnessing every weapon in your arsenal to achieve success.

Rodgers has done all of that and more, whilst transforming the club we love off the field as well. He deserves his award and everything else that comes his way in the game. Get him to sign that contract right now FSG.