The refugee and the amnesic Prime Minister

In November David Cameron will stand at the nations Cenotaph, his face dripping with the requisite grim solemnity. He will be flanked by leaders past and also current foes. A show of national unity and collective remembrance. They will all lay wreathes of poppies and then, with the pomp and ceremony out of the way, they’ll return to business as usual.

The world will spin on, wars will continue to rage and the poor and the hungry will go without food and shelter. Millions will flee persecution and disaster, only to be met with fear and hate.

70 years has passed since fifty million men women and children lost their lives in world war two and we are back where we started. A war to end all wars. Really? Every year, since the end of the second world war, prime ministers, politicians and royalty have taken part in the same sad charade. ‘We will never forget them’ they say. Alas when it suits their narrow political agendas they are only too happy to forget.

I grew up thinking that these public ceremonies were to remember the fallen, the sacrifices they made and to ensure that such things never happened again. I was taught that, as well as soldiers, millions of ordinary citizens were forced to flee their homes or were bombed out of them. Whole populations were displaced and parents, desperate to keep their children safe, packed them onto trains to live with strangers. I can’t imagine how that must have felt. However, everyone one of us would do the same today, if we had to. 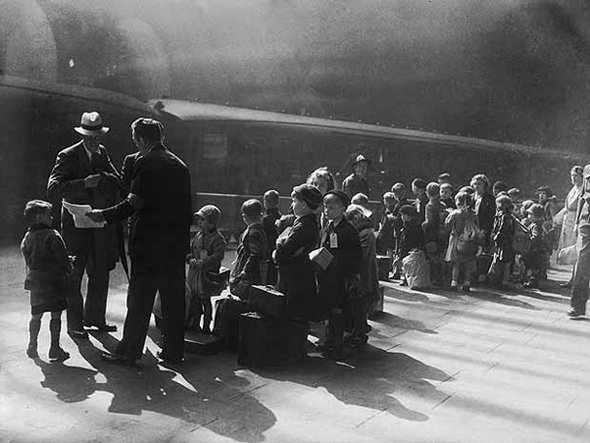 My parents and teachers told me that we must never forget the privations of the twentieth century. I agreed then and I still do. Their logic was that if we teach the children about these things, then they will never allow it to happen again. Alas “Those who fail to learn the lessons of history are doomed to repeat them” are wise words that have now passed into cliché. Leaders like Cameron, Blair and others have rendered them meaningless.

This week we witnessed the machinations of a Prime Minister who clearly cannot comprehend the lessons of the last century. This is the man who would still like to bomb Syria, despite having a ring-side seat for one of the biggest humanitarian catastrophe’s in European history. This is a political leader who claimed that we couldn’t afford to take in any more refugees, while his Chancellor sanctioned half a billion pounds worth of spending to support the deployment of weapons of mass destruction. 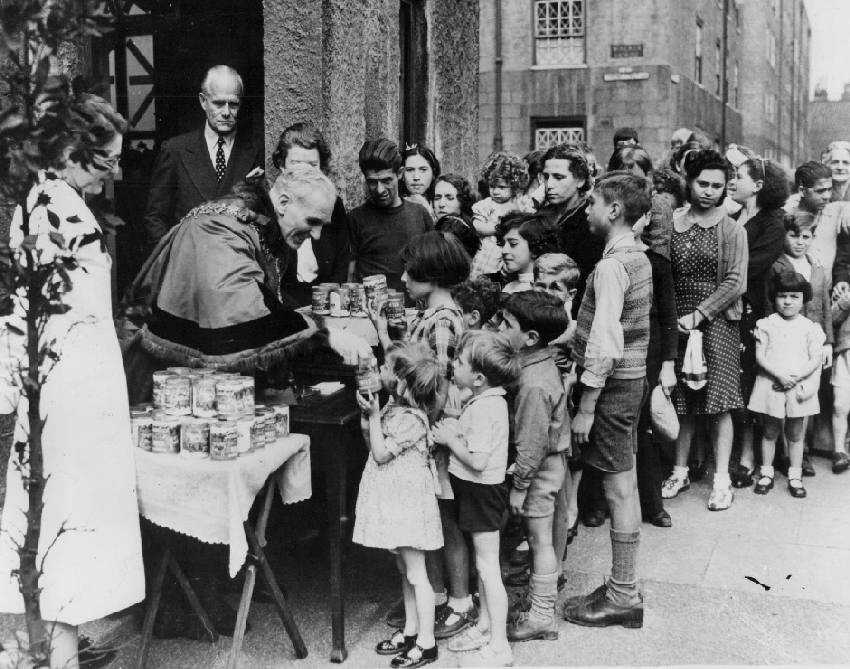 It is to Cameron’s eternal shame that it took a dead child on a Turkish beach to drag him kicking and screaming into a humiliating climb-down. The reality is that before a photographer was able to expose the horror of the current crisis, thousands had already suffered the same fate. An obedient right wing press has happily provided the cover needed for their Prime Minister to turn a blind eye.

Friday’s front pages were dripping hypocrisy. Many of these papers have, until now, been on the front line of the war on refugees. Their headlines have sought to demonize the most desperately vulnerable people who are simply seeking safety and shelter. Their editors will have rubbed their hands with glee when Cameron referred to these poor human beings as a ‘swarm’. This is the politics of fear and division.

It’s no coincidence that such ideology tends to rear its head during times of economic strife. It is in fact this type of reasoning that fed the rise of Fascism in Europe in the 1930’s and led to the second world war. Is this not also a lesson we should be remembering right now? It seems it is one that Cameron and his cronies in the media are content to forget.

Thankfully, when politicians fail to act, ordinary citizens gleefully fill the void left by their leaders. The body of young Aylan Kurdi has created a social movement that forced Cameron into partially back-tracking. We need to be clear on this. Had it not been for that horrifying image coupled with the actions of hundreds of thousands of across Britain, the Prime Minister would have done nothing.

All across Europe. ordinary citizens are rallying to offer comfort and succour to the displaced. Even in Hungary, a country which elected a right wing government, ordinary Hungarians set up tents and played ‘Tom and Jerry’ cartoons for Syrian children. In Austria and Greece volunteers have rushed to welcome refugees and have fed, clothed and housed them.

In Germany football clubs and ordinary citizens have thrown their arms around those who have arrived seeking asylum. They have set an international benchmark for humanitarian responses in my view. No wonder refugees arriving at Europe’s borders chant “Germany!”

In the UK we have seen a similar pattern. When it comes to humanity the public are teaching their governments a lesson. At the time of writing more than 400,000 have signed a petition calling for the government to do more. All over the country people are donating clothes, food, toys and money to help. This shames the Prime Minister and many more who have previously turned their back on the needy.

Everything in life is an opportunity for learning. The humanitarian disaster unfolding in Europe teaches us that when it comes to compassion and empathy, when ordinary people need help and support; they can rarely rely on politicians or Prime Ministers. It is not them who have learned the lessons of the past. Instead it is ordinary citizens and social movements that bring hope and comfort while governments prevaricate and evade.

This, in my view, is a huge teachable moment. There is a lesson we somehow failed to grasp at the end of two world wars that devastated a continent. Our leaders may have forgot, but we have a chance to realise it once more. It is not countries, or the lines drawn on maps by the rich and powerful that define us. It is our humanity.

We must stop thinking of ourselves as Europeans, Syrians, British, Muslim, Jew or Christian. We are humanity. We are citizens of the world. It is this that we must remember in November and every day before and after. We owe it to the countless men, women and children who have already sacrificed their all for our tomorrow. If we, as a people, can remember this lesson then we may just have a tomorrow worth living in.