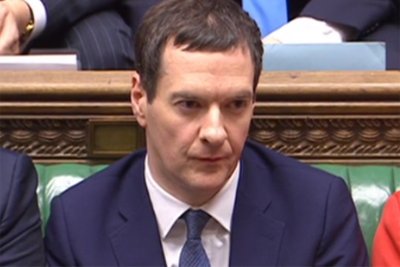 George Osborne has delivered his eighth budget. When he had finished, he sat down to Tory cheers, but outside the confines of parliament the yawning chasm between those that have and have not grew even wider. This was a bankrupt budget by a failed chancellor.

While much is being made of Labour’s shift to the left, what we are actually witnessing is a complete polarisation of British politics. Both of the main parties are abandoning the centre-ground at a rate of knots. A fact only Corbyn’s Labour is prepared to be honest about.

Meanwhile Cameron and Osborne continue with their pretense of speaking up for ‘middle England’, whatever that is. Surely their game is finally up. Can there be anyone left who can’t see right through this charade? This is without doubt the most right-wing Conservative government in my lifetime.

That’s quite a statement, given the fact that I lived through the Thatcher years. While I don’t doubt that, given time, she would have pursued the privatisation of education and healthcare that we see today; these were still seen as free market no-go zones back in the 80’s.

The idea of handing over education and healthcare to speculators and spivs is abhorrent to me. However, it is an obvious Tory aspiration. After all, they are unashamedly the party of the shrunken state. It’s just this lot seem prepared to go much further than any of their predecessors.

Remarkably though the current Conservative crop have managed to plunder new depths of callousness, in the implementation of their political agenda. As economist Danny Blanchflower so eloquently tweeted “I can’t say I ever believed I would see the day when a UK Chancellor took wheelchairs & walking sticks from the poor to buy Ferrari’s for the rich”. 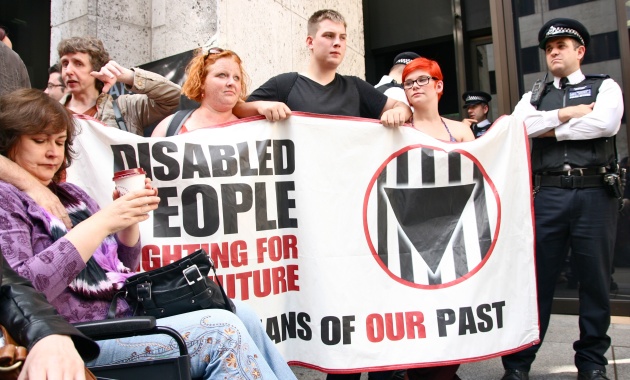 This is wealth redistribution in reverse and there’s no attempt any more to hide it. The claim we are all in it together can now be laid to rest. Nor is this, as Osborne put it, about living within our means. How can it it be when with one hand he robs the poorest and most vulnerable, while with the other he hands tax breaks to the highest earners?

This is a survival of the fittest budget. If you have power or privilege, or if you’re among the highest earners, then you will be looked after, even incentivised and rewarded. The rest must fight harder for their share or be cajoled, deprived and punished for their inability to climb the ladder. For the haves it is the carrot; those who have little get the stick.

I’m left wondering what is the point of wealth? What is the purpose of evolving as a society and creating a civilisation? Surely the drive to move away from hunter gatherer communities and mere subsistence living was the desire to guarantee food, clothing and shelter for the whole community.

Then, once free from fear of hunger and the elements, humans could be free to explore higher things, like art, leisure and science. Our mastery of tools, industry and the land its self has generated huge wealth; the vast majority of which has been usurped and concentrated in the hands of a tiny few.

Herein lies the first great deceit associated with austerity. We can’t spend what we don’t have they tell us. True enough, but actually what we have is an abundance of riches. The problem is nearly all of it has been monopolised by a tiny minority.

Consider the fact that UK wealth has actually grown by £4 trillion in the last fifteen years. Imagine those sums of money and what they could buy. Where has it all gone? Do you feel better of for it? If you do then it’s likely you are part of a very select group indeed, that makes up that one percent of the population who own half of all the wealth. This group continues to get richer, largely on the backs of the rest.

Thatcher once said “The problem with socialism is that you eventually run out of other people’s money.” That’s a really interesting point, but who are the ‘other people’ she is referring to? How did they get their money?

Now we come to the second great deceit associated with austerity; that those that have wealth are ‘strivers’, while those that don’t are shirkers. The conclusion of this lie is that we must never take money from hard working people, in order to provide for those too idol or feckless to work for themselves.

You only have to think of the student on a zero hours contract, earning a pittance, while studying hard to better themselves and all the time increasing their level of personal debt, to see through that particular lie. What of the mother or father working two jobs, because the first doesn’t cover the rent; are they not working hard enough?

How about the junior Doctor, creaking under the weight of expectation and responsibility, striking because they’re being asked to work unsafe hours in return for less pay? Are they strivers or shirkers?

Then we come to the disabled and the vulnerable, the children and the sick. All of whom are being told there’s nothing left in the till, while bankers and hedge funds are handed huge bonuses and subsidies. When you put all of this together, you can’t help but wonder in whose interests is this economy being run?

Of course we will be told that we need entrepreneurs and business, small and large, in order to generate the wealth needed to look after the poor and the sick and the needy. Let them get richer and the money will trickle down to the rest.

I’m not sure about you, but I’ve not seen much evidence of any of the extra £4 trillion generated in the last fifteen years making its way into the pockets of the poor. In fact the opposite is the case, with all indicators showing that the gap between rich and poor has grown over the same period.

In any case the argument is a spurious one. If you own a business you need workers to produce and deliver your goods to the market. You can’t do that alone. You also need roads on which to transport your commodities.

Do you not want your employees to be healthy and educated? How efficient and cost effective is a untrained work force unable to cope with the demands of their jobs? who are your customers? Surely you want them to have sufficient disposable income to purchase your wares. We are all so interconnected that there is no other people’s money. It’s all of our money and we are all dependant on each other.

Whether you are an employer or employee there’s a chance you could become ill, fall on hard times or have an accident that leaves you disabled or vulnerable. Therefore all of us have an interest in creating a society that cares for everyone; where the honour of providing for those who can’t care for themselves is shared by all of us. 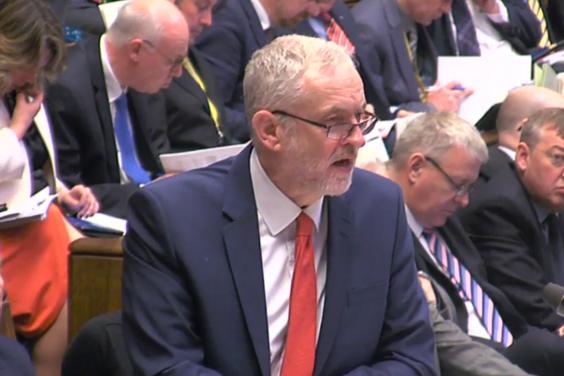 Politics to me is very simple. It is about priorities and values. What sort of world do we want to live in?

Is it a cut-throat one in which only the fittest survive? Is it one where people sleep rough on the streets and where the disabled are stripped of their dignity; while our government spends up to one hundred billion pounds on weapons of mass destruction?

Or, do you want to live in a cooperative society in which resources are organised and planned, in order to achieve the greatest good for the greatest number of people as the primary aim? Would you not prefer a government that constantly strives to achieve a state whereby all its citizens are thought to have equal value; and where nobody is left behind.

After yesterday’s budget there can no longer be any doubt as to which party represents which vision. Tory values are about championing the rights of the strong and the powerful. The cause of Labour, however is to stand up for the majority, the weak and the vulnerable. It aspires to a fairer society for all.

I make no apologies for what is another unashamedly partisan blog. The stakes are too high and the arguments too clear-cut for me to attempt balance. The choice before the electorate has never been clearer; a life of hope where all can aspire to security and be free to explore their potential, or one in which we live in fear of ill health, homelessness and poverty. I choose hope.