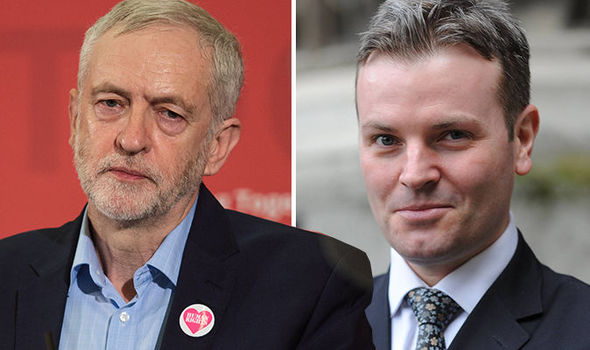 I’d like you to picture a scene. A father and son are hunched over their beers. They’re embroiled in a sometimes heated political debate. Strangely their politics are in complete alignment. Both are socialists. They are each sick of living in a society where greed and private profit take precedence over the needs of millions. Yet they are arguing with each other. Why?

Labour, a political party they have supported their whole lives and one headed by a man who shares their vision for a better society, appears to be struggling. It has lost an election and their enemies, both internal and external are circling, eager to pick at the carcass. How could the very people the party was founded to protect have forsaken it?

The older of the two argues that, although he agrees completely with everything Labour stands for, that’s just not what people want now. He goes further, stating that the leader just isn’t popular and there’s no way people will vote for him. It’s time for a change of direction. The party needs to offer a more ‘voter friendly’ platform and appeal to the centre ground. It’s not fair, but the press, everyone, has got it in for him and he has to go.

The son is incandescent with rage. What is the point of winning power, if it’s not to change things, to make life better for everyone? Middle of the road policies have failed in the past and they will fail again. We should stick to our principles and fight for what we believe in. People will respect that. They’ll come around.

Then his father smiles and it enrages his lad further. “Look son, that’s all well and good, but the media is owned by Tories. He’ll never get his message across.” He takes a drink of his beer, puts his hand on his boy’s shoulder and says “we just need to win power any way we can. Then once we’re there we can start implementing our programme. You can’t do anything in opposition.”

I can imagine this conversation taking place all over the country today as Labour supporters digest the defeat to the Tories in Copeland. Actually I know this particular discourse has actually taken place between a Dad and his lad, almost word for word. Trouble is, it happened around 30 years ago, between my father and me.

As it happened his views prevailed and, after defeat to Thatcher in 1983, Labour embarked on a path that led to Neil Kinnock’s leadership, which moved the party to the right. Labour lost two elections as that process unfolded. Then somehow we found ourselves with Tony Blair at the helm and the party’s transformation into neo-liberal social democrats was complete.

People including me have very fixed positions about the Blair governments. Actually that’s not entirely true; after witnessing the “gentrification” of the Labour Party at close quarters, my Dad is now a Corbyn supporter.

Blair’s Labour was undoubtedly media friendly. He even managed to win over Murdoch’s S*n; something many of us see as a stain, rather than an achievement. In power the party stuck to Tory spending plans for the first parliament. However, it later introduced social reforms that people like me can be proud of: the minimum wage, ‘Sure Start’, Working Families Tax Credit and it invested in health and education on an unparalleled scale.

However, sadly, we have seen much of that unpicked by the Tories. For many like me, Labour just wasn’t radical enough. It was far too comfortable with inequality, happy to cosy up to the establishment and far too eager to engage in foreign adventures that cost millions their lives and spent billions that could have gone to improving the lives of many.

So was it all worth the sacrifice? Was the jettisoning of principle for transient power justified? There will be those who will argue that 3 terms in office is far from transient. Fair enough, but history would disagree. The people whose benefits are being scrapped now, by the party that won back power from Blair’s Labour in 2010, would also take issue.

To those who are newly homeless or waiting in emergency departments up and down the country, Blair’s government is now a distant memory. We are now witnessing a Tory scorched earth policy when it comes to the public sector and social justice.

Today we face the very real possibility that the health service will be privatised, along with education, while poverty and hunger in our cities becomes endemic; if it isn’t already. Just how much did we sacrifice for those Blair years?

Of course the feeding frenzy that has followed the Tory gain in Copeland, seeks to pin the blame for Labour’s plight at Jeremy Corbyn’s door. Here is proof positive, they say, that he is toxic, unelectable; all the while ignoring the fact that his Labour party won in Stoke, despite dire predictions to the contrary. Labour also saw off UKIP into the bargain, despite suggestions the party was hanging on by its fingernails because of their challenge.

Are we not spectacularly missing the bigger question here? This is actually not about Jeremy Corbyn, as much as I admire and respect the man as an individual, it never has been. Instead it’s about the ideas he represents. The whole movement that thrust him to power happened precisely because of ideas, not personality. We must never lose sight of that.

You may have already convinced yourself that a more smartly dressed, media savvy figure from the soft left could propel Labour to victory in 2020, but at what cost? Is it not really true that the only Labour leader capable of receiving safe passage in the media is one willing to swallow their narrative whole? If you feel I am being overly dramatic, I invite you to recall their treatment of Ed Miliband.

Ed’s crime was daring to suggest that ‘New Labour’ had been too comfortable with inequality. His programme was far from radical and only slightly to the left of Gordon Brown. He was a politician with front bench experience and appropriately suited and booted, but his attempt to distance the party from Blair’s experiment placed him beyond the pale in many quarters.

The attacks on Corbyn go much further, precisely because his programme is more far reaching. The onslaught has, at times, been horrifically personal. His supporters have not been immune either, with Momentum and others pilloried and smeared. Diane Abbott has been on the receiving end of some of the vilest attacks in all forms of media.

Independent studies  have shown that the mainstream media are systematically misrepresenting Corbyn and his allies. Elements in his own party have openly stated that they are working daily to undermine him. To argue that none of this is having an effect on voter intention is naive in the extreme.

Any Labour leader, who espouses a programme that directly challenges the status-quo, will always face an uphill battle to overcome the wave of vitriol hurled their way, in order to reach the public. There is frankly no easy way through this. Labour’s problems go back decades.

The decline in their vote, in places like Copeland and further north, in Scotland, predates Corbyn. Copeland may be harder to stomach, because voters appear to have once more cast their ballot for a party that is diametrically opposed to their interests. However, the way to win them back is not by repeating the mistakes of the past.

These may be difficult times, but the need for a radical socialist alternative has never been greater. Regardless of who leads Labour, if they are advocating such a programme they will have to deal with the same storm Corbyn has. Of course if they’re not, then we must ask whether they are really worth having at all?

Social justice requires determination in the face of adversity. The suffragettes, the trade union movement, campaigners for LGBT rights and those victims of institutional injustice; such as the Hillsborough campaigners, the victims of ‘Bloody Sunday’ and Orgreave have all had doors slammed in their faces many times over.

Each of these groups have faced state and media attacks. They have had to deal with a sceptical and sometimes hostile public. However, the one thing they all have in common, is that they never run from a fight and they have continued to battle for what they knew was true, until everyone else knew it too.

That’s the challenge that faces Labour today. Run from the fight, or stand firm and see it through? I won’t be running.